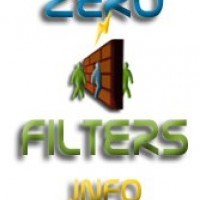 Some time ago we talked about a real good italian Web Proxy, www.senzafiltri.it, that continued to be the best-on-the-web proxy ever, having the only real proxyfier engine capable of being youtube.com and facebook.com compatible.

Some days ago, surfing the web, I've noticed the Italian Technical Staff of www.senzafiltri.it have created a new site, localized in english, called www.zerofilters.info

The proxyfier engine is the same as the one of senzafiltri.it, and this enables users to have a 100% success rate of proxifying their favourite websites.

What is a web proxy? Well, this is a very common service on the web. Technically speaking, a web proxy is merely an application that put herself on the middle, between the request of the user and the response of the "wanted" server, being able to intercept the data that the server "shall" send to the client, but making the magic to let it be shown from another domain, resulting in full access to the blacklisted domain. Very often, in fact, apart from keyword-based firewall filters, system administrators only specify some domains to be blacklisted. This is when a web proxy occurs, being able to effectively bypass the firewall rules.